What is Buy Now Pay Later? 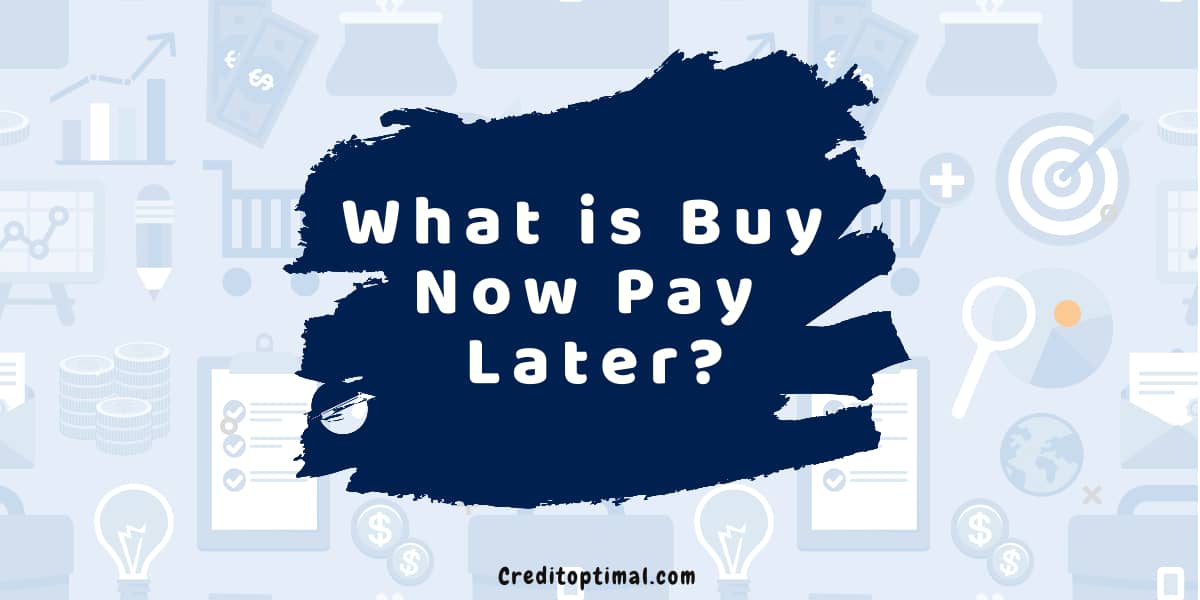 What is "buy now pay later"? You may have seen this term crop up in the last year or so as a way to describe an increasing trend of buying items and paying for them in installments. It's been used for big-ticket purchases, like furniture or cars, and smaller ones, like clothes or groceries.

Looking to buy that new dress or gadget but don't have the cash on hand? Relax, there's a solution. Just enter into a buy now pay later agreement, and you can spread the cost out over time. It's like getting an interest-free loan!

The rise in popularity for these companies can be attributed to their outstanding customer service and ease of use. That's why more people are signing on with Affirm or Afterpay, two of the most famous BNPL providers.

The number of people using BNPL providers is growing significantly. Affirm's active users had a 248% increase from 2019 to 2021, and Afterpay had a 483% jump. So Buy Now Pay Later has got wind, and buyers are rushing to sign up.

But what exactly does it mean? And more importantly, is it a good deal for you? Let's take a closer look.

Does that mean you can walk into a store and buy something without paying? Technically, yes, that’s what Buy Now Pay Later means. But in most establishments, the buyer must make a small payment and commit to clearing the balance later.

What is needed for Buy Now Pay Later to work

Buy Now Pay Later, or BNPL, is a great way to get your goods without spending today. This type of financing has been around for quite some time, and it remains popular because people love the idea that they don't need an entire large sum upfront just for one purchase!

Using Buy Now, Pay Later (BNPL) financing can be convenient for consumers. The interest-free option allows them to buy things and pay off the purchase in the future without worrying about accruing debt quickly or having any consequences from not paying back earlier than scheduled installments on time every month!

What's the difference between credit cards and BNPL?

When you use your credit card to make purchases, the interest can accumulate on any amount owed until it's paid off. Unless those with 0% APR, most credit cards will charge interest on the remaining debt each month.

But with BNPL delayed payment plans, there is no worry about accumulating more debt indefinitely because these plans allow for a smaller payment option each month and don't charge an annual fee. On top, there are no interest or penalty fees, so you only have to deal with the same amount over and over, making it easier to plan.

So even if times get tough or money gets tight in between paychecks, they'll still work out!

It’s safe to say that many users are rushing to Buy Now Pay Later because of the favorable payments terms. Who wouldn’t want to get an item on an interest-free loan? Well, while most BNPL supplies don’t charge any interest, watch out for some who do. Others will also be harsh on late payments, accumulating a lot of debt in the process.

There is no one-shoe-fits-all when it comes to Buy Now Pay Later. Most retailers will have their terms like 4 interest-free installments, which may not apply elsewhere. The most prudent thing a buyer can do is read the fine prints carefully.

BNPL will hardly affect how you are rated regarding your credit score. Different BNPL apps have different rules about credit ratings. Some will not check the buyers' credit report, while some are keen about it.

If it's Afterpay, they won't check your credit at all, which is good because that means I can still get my favorite items with no hassle! But some other sites might just soft pull (or even hard), so be aware if this matters to you - especially when there are more tempting offers out there waiting.

When you apply for a buy now, pay later plan, the company will typically do less of a hard credit check than traditional lenders. This means that these plans are accessible to people who have no history or bad scores!

The most significant issues arise when it comes to late repayments.  Late payments can seriously damage your credit score. Come on now. You know that if you’ve not made the payments on time, your credit would be in ruins, and it could have serious long-term effects for future loans!

The default rate on these types of loans can be high, so you better hope that no collections agencies are hounding your heels.

Buy Now Pay Later is a perfect option for many buyers. There are days when you need to buy something, but your budget cannot allow it. This is where BNPL becomes a lifesaver. It will enable you to buy things you may need but don’t have enough funds at that particular moment.

It also allows you to develop a savings culture to make the monthly installments.

Considering that BNPL, in most cases, is interest-free, it is an excellent option to make purchases.

The only downside here is failing to make the required payments as sinking into debt. Watch out for the unhealthy impasse buying behavior that can crop up with Buy Now Pay Later. Make a point of only using it for the critical, must-have things.

Things to watch out for in Buy Now Pay Later Agreements

Buy Now Pay Later is becoming quite popular; buyers need to exercise caution. Some of the BNPL providers have posted impressive numbers over the last couple of years. But with the increase in providers and buyers turning to this cheap financing option, are there things to be wary of in the agreements?

Here are potential pitfalls buyers should be aware of in Buy Now Pay Later;

It's still a debt

The best way to use BNPL is the only way it should be used: as a tool for those who need borrowing power. In other words, don't take on unnecessary debt unless you have no other option but cash. While this form of finance might seem convenient at first glance, ease of use isn’t enough reason someone would choose such an approach over just paying upfront or using another kind altogether!

Know that BNPL is a debt, and it can become addictive.

Thinking it will build your credit score

Intending to build their credit history, 26% percent of Nerdwallet survey respondents said they chose BNPL services to improve their credit scores. However, this is not as simple because these companies will send delinquent accounts and no-time payments into databases, affecting future applications like mortgages or car loans.

On top, they also don’t update the records for clients who pay on time. Will Buy Now Pay Later help in building a good credit rating? It’s hardly the case.

Generally, Buy Now Pay Later is preferred because of the simple terms. But those terms are standard on paper, but when you dig deeper, it can get tricky.

Before you decide to invest your hard-earned money with BNPL, be aware of what is involved. Lookout for financial products that have no interest charges and offer reasonable or minimal late fees so as not to burden yourself too much.

In addition, they should also provide many installment plans which can fit into any budget without difficulty while asking about refund policies since some plans won’t allow one if one changes their mind after purchase.

There are plenty of opportunities, but make sure every detail has been looked at before making an investment decision.

There are a lot of good tidings that can come from Buy Now Pay Later. Here are some of them;

Buy Now Pay Later makes it convenient for buyers to acquire products they don’t afford at the moment. When cash is hard to come by and the budget is strained, Buy Now Pay Later can bail you out.

When you have a damaged or non-existent, getting a loan is a tough ask. Getting an interest-free loan, then, feels too good to be true. But with Buy Now Pay Later, most apps only do soft credit checks. Most won’t even bother with your credit history with the credit bureaus.

This feels hard to believe, but most Buy Now Pay Later don’t charge interest. What you agree on is what you will pay. This enables consumers to purchase goods at the retail price, though the payments will come later.

Unlike other short-term financing options, Buy Now Pay Later is relatively easy to apply. All you need is to go to the store, check if they accept the option, and register. They will take your details and process your agreement, all of which won’t take up much of your time. It’s fast and easy.

For everything under the sun, there are two sides to the story. Here are potential pitfalls that buyers should be aware of in Buy Now Pay Later;

While BNPL is quite lenient on the application, they are serious about late payments. After all, this is where they make profits. Take Afterpay, for instance; the company charges a fee of $8 if your payment isn't received within ten days.

While some may see this as small, it's pretty high. They are big global BNPL providers and have collected over 87 million dollars in late fees in 2021.

It doesn't build your credit score

No matter how much you repay the debt, it will not reflect your credit score. As noted, most BNPL providers don’t give much thought to credit scores and hence rarely update them when one makes monthly payments.

But if you are late on your payments, be sure to know they will update that with the reference bureau.

It's built for small purchases

While you can find a few high purchases, Buy Now Pay Later was built for small purchases. Most BNPL providers will only allow a few hundred dollar purchases, and if you have a steady income, you can get higher purchases.

If you want credit for higher purchases, you can work with credit card companies and other facilities to secure the loan. Just know the arrangements may not be as good as the Buy Now Pay Later option.

Most Buy Now Pay Later providers don’t charge interest rates. But some are ruthless, especially when you fail to meet the payment installments. That’s when you are hit with high-interest rates, some going above what you would typically get from credit cards.

So there you have it. The good, the bad, and the ugly of Buy Now Pay Later financing options. Overall, they can be a great way to finance larger purchases without paying interest or going through a credit check but only if used responsibly. Just remember that these plans are essentially loans, so make sure you’re able to repay them in full and on time.

Otherwise, those pesky late fees will start piling up, and who wants that? Try Buy Now Pay Later for the essentials and be keen to follow the payment installments